I booked the Spring Wolf as a Christmas present to my brother, Matt, who works as a Personal Trainer in our clinic, and then tried my best to forget about it. The long dark nights of Winter didn’t encourage me to run, and I arrived in Warwickshire on the day of the race thinking it might have been the worst mistake of my life. 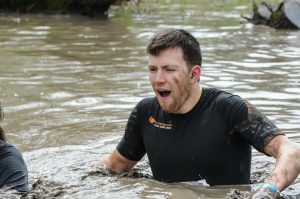 WOLF RUN veterans in their previous season shirts knew exactly where to go – they were dressed up, writing their numbers across their foreheads in pen like some sort of bizarre cult, as our team edged around the crowd to drop off the car keys and try and get our bearings. You can see the truly advanced, the ALPHA wolves, who have completed a full season of races, limbering up near the start line. The atmosphere was more like a music festival than a 10k. 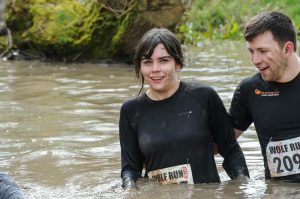 Nervously, we entered the holding pen with the 11:40 wave of runners, and began the warm up and safety briefing. “We have army medics out there to look after you; but don’t approach a medical tent just to try and have a little rest to get warm. Serious injuries only!” The WOLF RUN employ the help of several insta-fabulous personal trainers to get the information into your head, when all you’re thinking is that you’d rather be in a coffee shop somewhere warm… 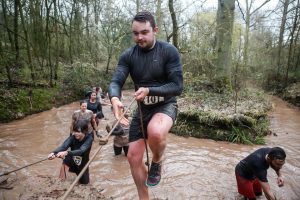 At the klaxon we were off. The first few obstacles were simple enough, blot that hay bale, through this small ditch and over a little wall… Then it got tougher. Tunnels, climbing walls, GIANT water slide. Wade down a muddy river, climb out with a rope. Now swim across that lake.

Conditions are muddy! The WOLF RUN website bans metal grips on shoes for safety reasons, so we completed the course in old running shoes. This made running through the mud really slippery, so I’ll be investing in some plastic grip trail shoes for next time. 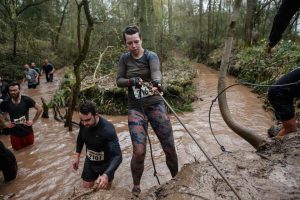 And it was cold! The Spring event is apparently the coldest one, because the water hasn’t had any chance to heat up in the sun yet. That being said, with the heat generated from the effort of running and getting over the obstacles, by the time we reached the end, I was glad of the cold water tap to hose the mud off yourself!

The camaraderie between runners was palpable; strangers reaching down to pull you out of the ash pit, marshals shouting encouragements, and hands to help secure your feet when you’re climbing. I’d recommend going to this kind of event a

s a group, but in honesty they’re such a nice crowd, you could easily go alone and buddy up. 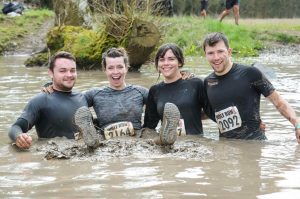 The sense of achievement (and relief) at the end is enormous. For my first wild running event I was pretty pleased with myself – we’ll be back!

Why does my ITB get tight? 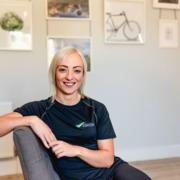 Looking after your Runner’s Body

Back to Running
0 replies

#thisgirlcan – Back to Netball
Scroll to top